Lawrence O'Connor, President The risk and severity associated with cyber-attacks such as data breaches, hacking, and phishing have clearly grown over the past few years. Cybersecurity Ventures reports that cybersecurity threats will cost the global economy in excess of $6 trillion annually starting this year. In fact, WHO reports a fivefold increase in cyber-attacks directed at its staff and the public at large since the onset of the COVID-19 pandemic. This is in large part due to the rapid transition to remote work, which has raised more concerns around endpoint security. Amidst the ever-increasing oversight from regulators and emerging threats, the risks associated with supply chain attacks, mostly targeting open-source software projects, have never been higher. Meanwhile, today’s sophisticated attackers have more resources and tools at their disposal than ever before, creating a perfect storm. The recent SolarWinds hack—one of the largest sophisticated third-party supply chain attacks to come to light—is a prime example. Given the scale of the attack that targeted several U.S. federal departments, private companies, and critical infrastructure organizations, it is a clarion call for effectively mitigating third-party risks by bolstering security defenses. There is no silver bullet for cybersecurity. Companies need experts to help them navigate through the deep waters. This is where NetCentrics excels.

With over 25 years of experience working with the Department of Defense (DoD) as a leading provider of enterprise systems management services and cybersecurity solutions, NetCentrics is in a class by itself. “We’ve been not only building, deploying, and maintaining cybersecurity solutions, but doing it at the highest level,” asserts Lawrence O’Connor, President at NetCentrics.

We’ve been not only building, deploying, and maintaining cybersecurity solutions, but doing it at the highest level

The company has successfully assisted several federal agencies with effective cybersecurity, IT strategy, mission applications, infrastructure, and cloud services. Moreover, NetCentrics has established an impressive track record by being the preferred partner for the Department of Homeland Security and Coast Guard (USCG) for the last ten years.

In today’s interconnected and remote work environment, O’Connor believes that federal agencies need to be better prepared for ransomware attacks, which have been disrupting operations in various hospitals and schools, both on a state and local level. To emphasize that ransomware poses a growing threat to both businesses and government agencies alike, he highlights the tragic sequence of events in a German hospital that drew the attention of cybercrime officials. The hospital had to close their accident and emergency department because a malware attack had compromised the digital infrastructure that they relied on to coordinate doctors, beds, and treatment. They couldn’t accept the patient and had to direct the ambulance to another hospital. This delayed the patient’s treatment, resulting in eventual death.


“We have laid out an effective risk management framework for the government to embed the risk component in all the decisions made on the system/information side coupled with the management factor,” he adds.

Supported by an experienced agile team of consultants, NetCentrics seamlessly embraces DevSecOps development practices. The company takes a holistic approach to develop custom-tailored solutions for its customers and adapts to changing needs to deliver superior results. For instance, NetCentrics successfully built the cybersecurity center for the U.S. Department of Homeland Security (DHS) from the ground up. The company handled the engineering, integration, and deployment of multiple systems, all within budget and delivered faster than anticipated.

“Risk management and security is part of our DNA. We design our solutions to not just fit today’s needs but also cater to future requirements, whether it’s the capacity to manage greater number of end-users or functionality changes,” says O’Connor.

Having established itself as the recognized leader supporting U.S. government agencies for over 25 years, NetCentrics recently moved into healthcare IT, including Veteran Affairs telecommunications and secure cloud hosting for patient support systems. The company is tapping into Mobile Security to protect its customers from cyber threats, domestic and abroad. With aggressive growth and expansion plans in the pipeline, NetCentrics is actively recruiting top talent in the marketplace. Looking ahead, the company also plans to make more strategic alliances with partners to break into new markets. 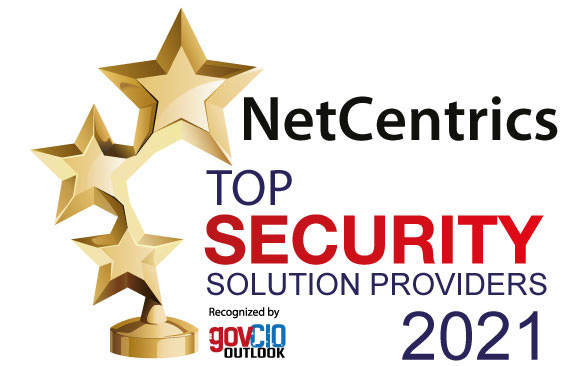 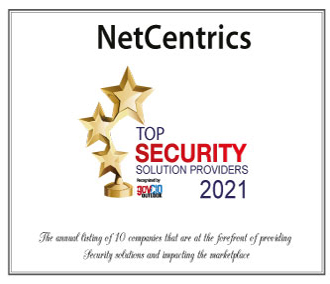